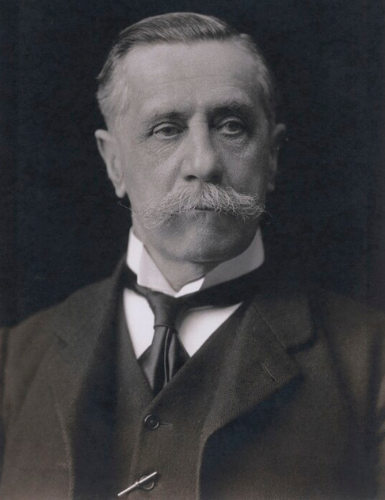 In April 1921 the British government announced the appointment of Lord Edmund Talbot as Lord Lieutenant of Ireland. Talbot was the first Catholic to hold the office since the 17th century. As such the appointment was seen by many as an olive branch by the British government. Despite Talbot’s strong Unionist convictions, while in post he came to believe that the only peaceful solution to the crisis on the island of Ireland would involve compromise with Sinn Féin. He was one of the architects behind the truce signed between Britain and republican military forces in June 1921. The Irish Independent collected the opinions of different newspapers on the appointment: presented here, they suggest that the main reaction to Talbot’s appointment was indifference, particularly by the political leaders in ‘Southern Ireland’, who ignored it completely.

Lord Edmund Talbot’s appointment to the Irish Viceroyalty has not been welcomed by any of the Southern Ireland parties, but some Northern Unionists rather coldly speak of it as an experiment that they hope will be successful.

Official Sinn Féin expresses indifference. Among the rank and file ridicule is cast on the assumption that the selection of a Catholic would make for popularity in present circumstances, and Southern ‘loyalists’ admire Lord Edmund’s courage, but comment on the ‘ridiculous task’ entrusted to him under the Partition Act. Nationalists in all provinces recall that his lordship was Chief Whip against the Asquith Home Rule Bill and in favour of its destruction when it passed into law.

Leading organs in the English Press, especially on the Tory side, allude to the appointment as an ‘olive branch’ and talk of better peace prospects and most of them hail the coming of a Catholic as an effective step towards the solution of the Irish question. In the opinion of the London correspondent of the ‘Sunday Independent’ the very unanimity of appreciation in England ‘demonstrates how lacking in comprehension of Irish aspirations are those who beguile themselves with delusion’. ‘It is not,’ he says, ‘on religious ground that the question of Irish freedom. The right of self-determination is the matter at play’.

Whether the new Viceroy’s foremost position among the English Catholic laity ‘will recommend him as strongly to the Irish people as the Government seem to expect is an open question’, writes ‘The Times’; ‘but as he will scarcely have accepted the appointment without some assurance that the system of administration, which has marked the later years of Lord French’ Viceroyalty will hardly be maintained in all its unintelligent rigour, he may enter upon his extremely important office under favourable auspices. The Irish problem cannot be solved by any change of persons, unless there be a change of policy.’

‘The conciliatory motive,’ of the appointment is stressed by the ‘Daily Chronicle’, which says: ‘It is an olive branch in place of dictatorship, and we hope it will be appreciated.’

The ‘Pall Mall Gazette’ hopes that ‘this concession to religious sentiment will not be lost in Catholic Ireland.’