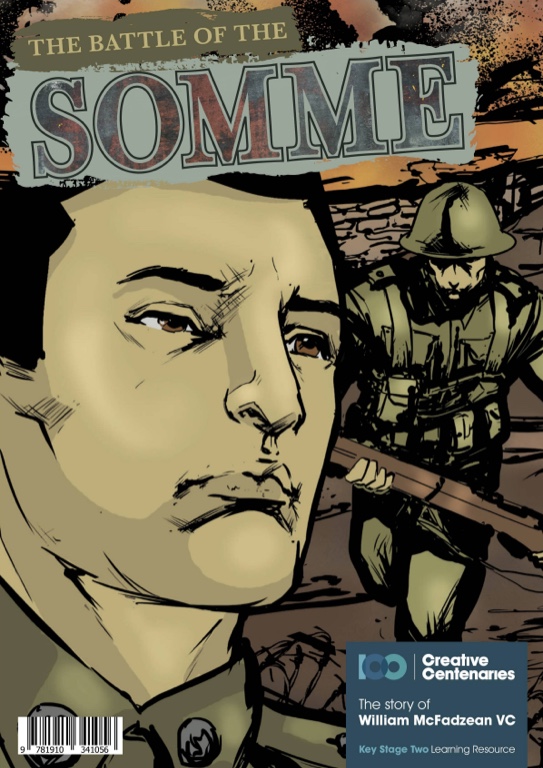 A graphic novel charting the actions of William McFadzean, one of the first men from Ulster to die during the battle, is available to download and view.

Developed by the Nerve Centre's Creative Centenaries project, in conjunction with Uproar Comics, the short story charts the Battle of the Somme through the eyes of real-life character William McFadzean (McFadden) as he makes his way to the battlefield in France.

The comic book is just one of a number of resources being developed for the project with a further story focussing on the actions of Bangor woman Winifred Carney during the Easter Rising.

The novel has been designed with an education pack for use at a Key Stage Two & Three audience with background information, maps, a glossary and interactive learning tasks all built in.

Both stories have also been printed back to back for use within the classroom. For more information and to access hard copies of the novels, email: n.kerr@nervecentre.org

Explore the comic book below and click the link to the left to download your very own copy.