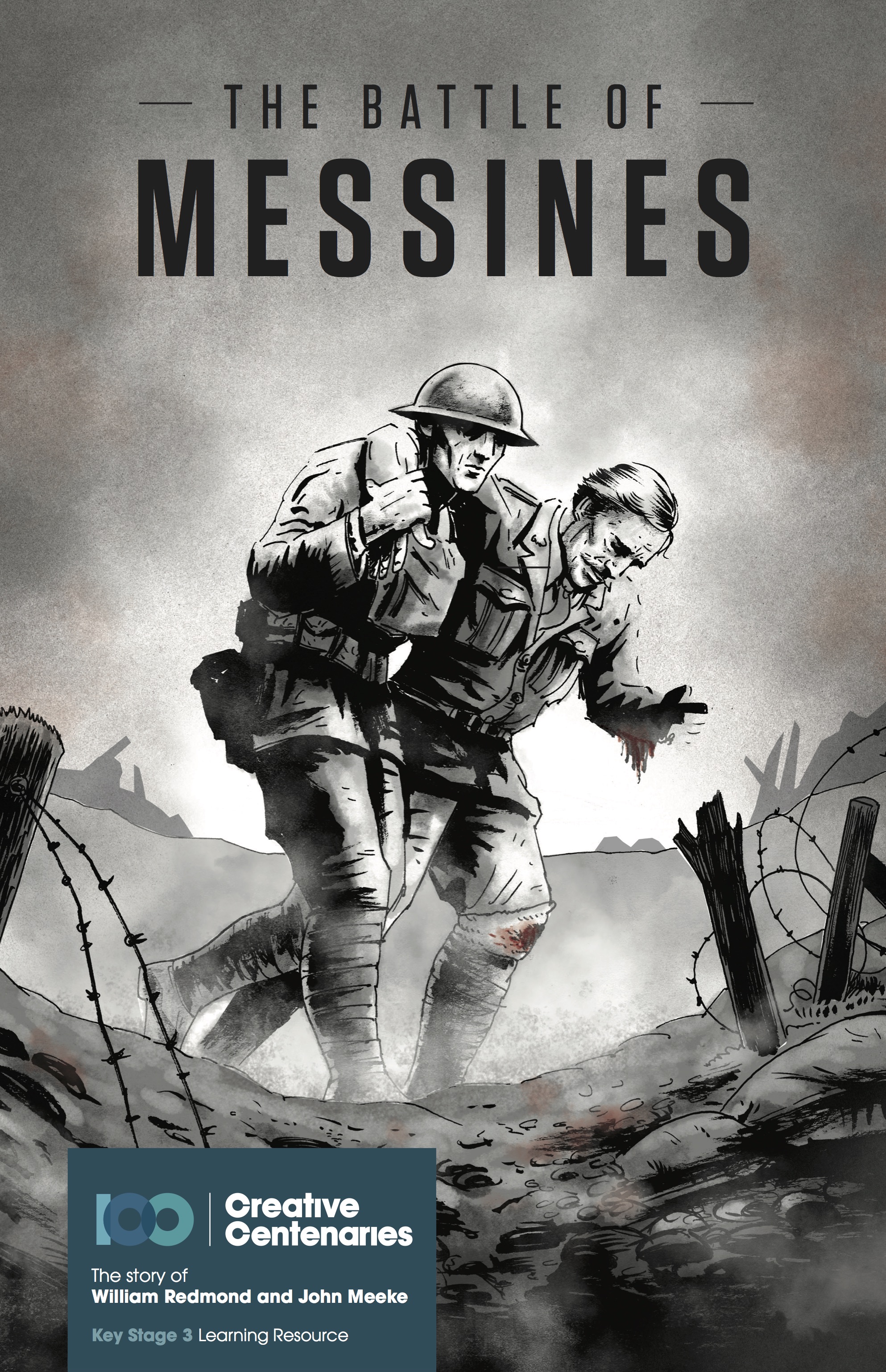 A graphic novel looking at the Battle of Messines through the experiences of Irish sodliers John Meeke and William Redmond.

The Battle of Messines took place in June 1917, almost one year on from the beginning of the Somme Campaign. The battle is remembered particularly for the role of Nationalist and Unionist soldiers from across Ireland who fought alongside each other for the rst time during the First World War.

The strategic importance of Messines meant that its capture would relieve pressure on French forces while also giving British forces important high ground from where they could continue and capture the Belgian coastline.

Men from the 36th (Ulster) and 16th (Irish) Divisions had suffered significant casualties at the Somme and were later moved to Flanders in Belgium to await replacements. Both divisions worked together in building forti cations and carrying out raiding parties. Both sets of men were said to have socialised with stories of football matches and shared dinners a regular feature.

Modern warfare techniques were employed in advance of the attack. A ‘creeping barrage’ was an artillery bombardment that fell just ahead of attacking infantry, the Royal Flying Corps flew overhead to identify German positions, machine gun and mortars were used to deliver an overhead barrage and tanks were  effectively employed for one of the first times during the conflict. The most significant technique used at the battle was the construction of an elaborate tunnelling system underneath enemy lines and the laying of one million pounds of explosives.

19 mines were detonated at 3.10am on the morning of June 7, marking the beginning of the attack. The explosions are considered the largest non-nuclear explosions of all time and were reportedly heard as far away as London.

The local divisions began their advance and, aided by tanks, Ulster Division soldiers captured an entire German Battalion Headquarters. The rst objective of the Blue Line was overrun in 35 minutes, followed by the second objective of the Black Line and fi nally the Oosttaverne Line. By the end of the day the Irish and Ulster Divisions had captured their target of Wytschaete while ANZAC (Australian and New Zealand Army Corps) forces took control of Messines. German forces had been suppressed and the area was now under British control.

2,500 men of the 16th (Irish) and 36th (Ulster) Divisions were killed or injured at the Battle of Messines. The remaining men of both divisions moved out shortly afterwards to prepare for the Third Battle of Ypres, also known as Passchendaele.

The story concludes with an education pack for use in the classroom at Key Stage 3.

This resource was developed with the support of the Department of Foreign Affairs and Trade.