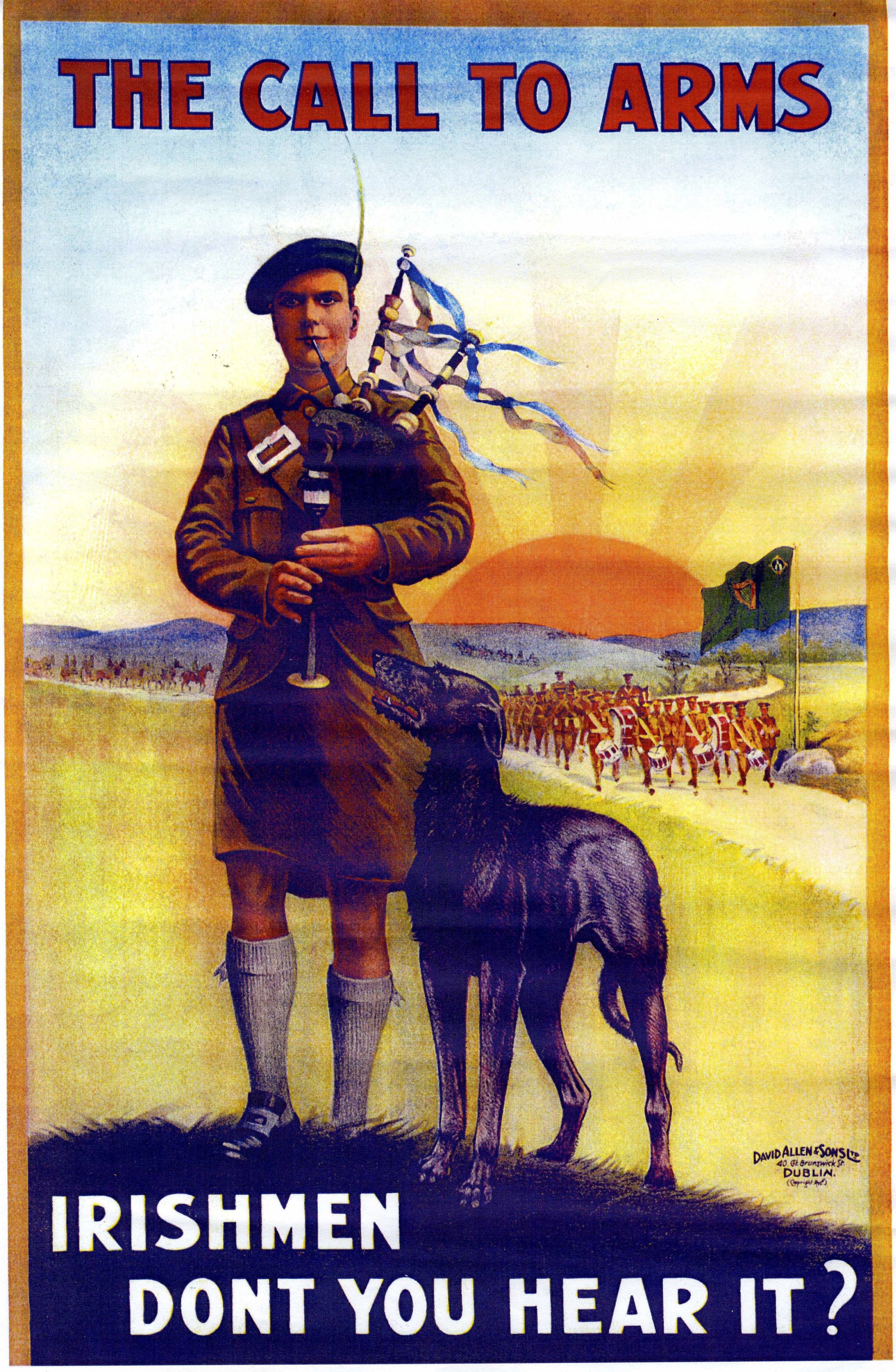 Ireland’s experience of the First World War was considerably different to that of the rest of the United Kingdom. Overall casualties were proportionately lighter and, due to political tensions, Ireland avoided compulsory military service when it was introduced in England, Scotland, and Wales in February 1916 (a later attempt to introduce conscription in 1918 was never enacted).

Nevertheless, Ireland’s contribution to the war effort was significant. In total 206,000 Irishmen fought in the British armed forces between 1914 and 1918 – representing about a third of military-age Irish males. Roughly 60,000 of these were already enlisted before war broke out.

For the 140,000 volunteers recruited during the war, motivations for signing up were diverse. Some volunteers were motivated by loyalty to King and Empire. Others signed up for apolitical, financial reasons: traditional recruiting grounds for the British army such as Dublin and Cork saw large numbers of low-paid or unemployed workers join.

Encouraged by John Redmond, leader of the Irish Parliamentary Party, some Nationalists signed up to defend ‘small nations’ and to ensure Home Rule as a reward from the British government. Redmond’s support for the war effort led to a split within the Irish Volunteers, and the subsequent formation of the pro-Redmond National Volunteers. Despite the efforts of Redmond and his Unionist counterpart Edward Carson, Ireland’s two pre-war militias accounted for less than half of the total number of volunteers: 24,000 recruits were drawn from the National Volunteers and 26,000 from the Ulster Volunteers.

The first two years of the war witnessed the highest number of volunteers by far. In 1914 and 1915, almost 90,000 men enlisted in Ireland. Many of these new recruits fought in the 10th (Irish) Division, which participated in the Gallipoli campaign and the disastrous landing at Suvla Bay in August 1915.

Asquith’s short-lived coalition in 1915 was marked by growing tensions in Ireland over the terrible losses on the battlefield, the related challenge of recruitment, and the rise of militant republican activity. These tensions would only increase over the course of the following pivotal year in modern Irish history.