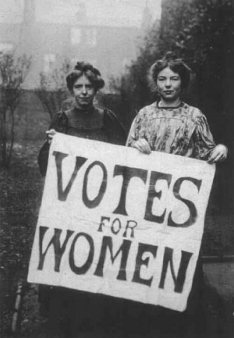 1918 was a hugely significant year for politics in Ireland and Britain. The Representation of the People Act 1918 gave rise to votes for men aged 21 and over, and women (aged 30 and over and who owned property.

A number of women’s suffrage associations were set up in Ireland in the late 19th and early 20th centuries. Some of these organisations included the Northern Ireland Society for Women’s Suffrage in Belfast, the Irish Women’s Suffrage & Local Government Association in Dublin, and the Irish Women’s Franchise League, who all fought for votes for women.

The UK general election of 1918 saw a dramatic rise in the dominance of Sinn Féin who took 73 seats in the Westminster Parliament, mostly from the Irish Parliamentary Party, now under the leadership of John Dillon. Constance Markievicz, who fought with the rebels during the Easter Rising, became the first ever woman elected to the House of Commons.

Sinn Féin, however, refused to take up their seats in Parliament and instead formed their own government in Dublin, Dáil Éireann, which declared Irish independence as a republic.